Tips for choosing a Wifi Antenna

This post gives you an overview of antenna gain and beam patterns to help you choose an antenna based on your signal needs. Wireless Antennas, or WiFi Antennas, are described by their gain (usually in units of dBi) but there is more to choosing an antenna than just going for the maximum gain. Often it is better to choose a lower gain to distribute the transmitted power over a wider angle.

A simple explanation of antenna gain

Suppose an antenna, connected to a cable, radiated all of the power, that was available to it from the cable, equally in any direction. The beam pattern would be perfectly spherical. By definition the gain of this antenna would be 0dBi. This would be a truly 3 dimensional omni antenna.

Its impossible to produce an antenna that has a perfectly spherical beam shape but in some applications this would be the ideal antenna to choose. For instance, if you were setting up a wireless LAN for a company who had offices in a three storey building, with client point computers on all three floors, the best location for the access point would be in the centre of the middle floor and the best antenna to choose would have a gain of 0dBi.

What happens if we use a higher gain omni antenna, instead?

The word “omnidirectional” in antenna terminology only refers to 2 dimensions and so some of the clients would get more power from the access point and some would get less. Say we connected up an omnidirectional antenna with a gain of 11.3dBi. The beam pattern would look something like the following: 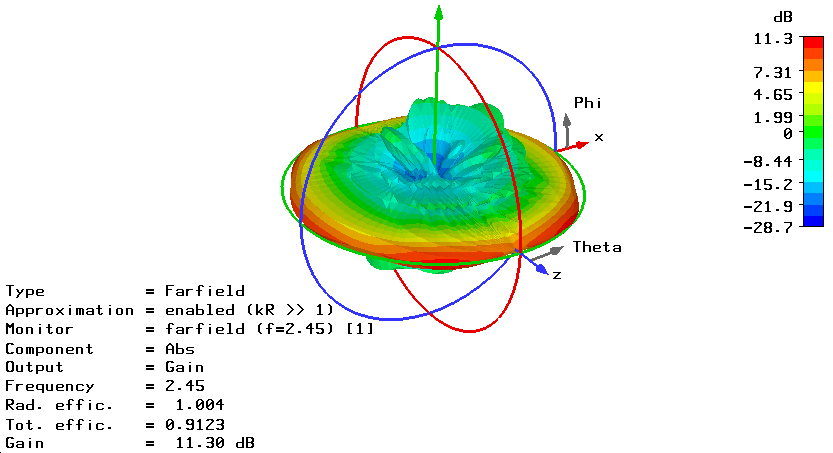 The beam shape is a disk. This would give additional signal to users (clients) on the same floor but users above and below would get less. You should use an omni directional antenna only when all the client users are situated in the same plane.

In the above example the 3dB beamwidth (half power) of the antenna is 9.6 degrees as the following plot  shows: 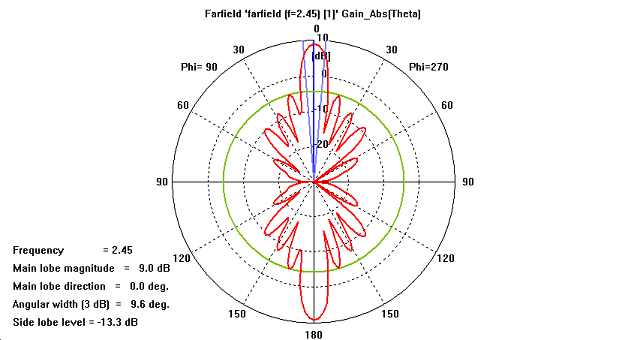 What if I choose an antenna with an even higher gain?

The 3dB beamwidth would be even narrower. You need to ask if this is a good thing and if all the client users would be situated within the main beam.

What happens if I use a sector antenna instead of an omnidirectional antenna?

A sector antenna would have a beam pattern that looked something like: 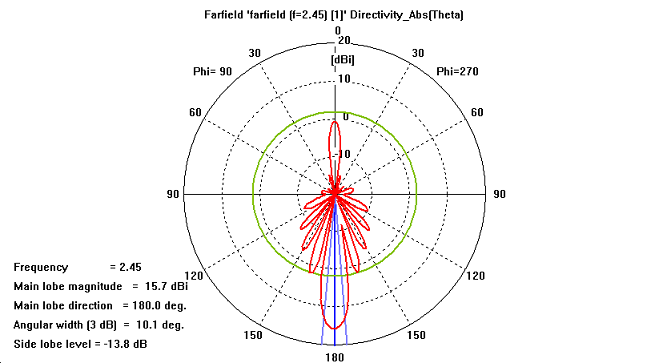 What about directional antennas?

Apart from the ideal 0dBi antenna, all antennas are directional to some extent. The term ‘directional’ is usually applied to antennas that have a beam shape which is approximately circular. 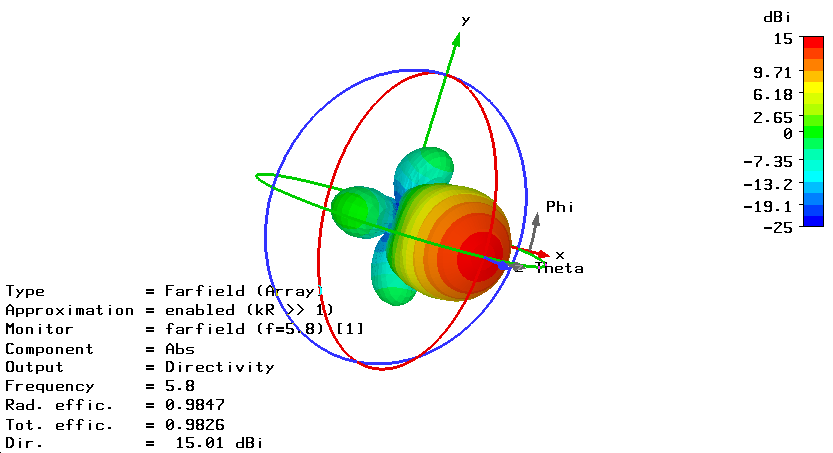